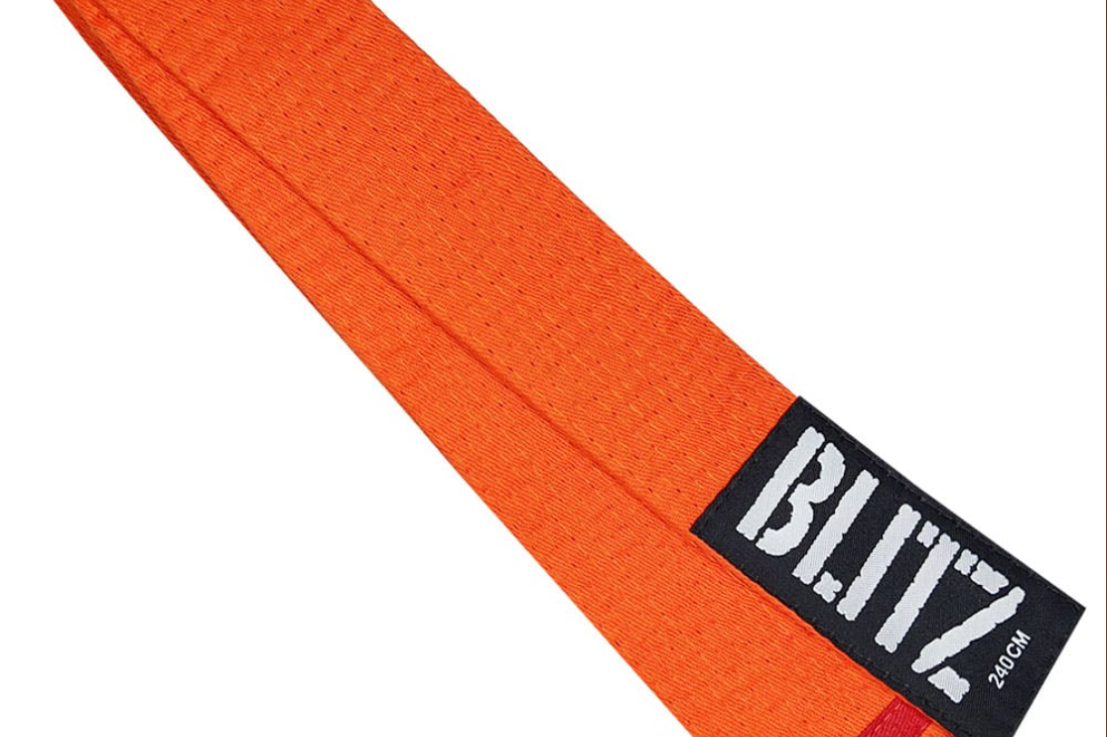 We’re introducing interim belt gradings. These take place in between formal belt gradings and are primarily for junior grades under 12.

You will be assessed on one or more of the core components for your next grade: kihon, kata and kumite. If successful, you will be awarded a Senshi Karate certificate acknowledging you are ready for your formal grading in that section. Also, you may wear one stripe of the colour of your next belt per component passed around the end of your current belt. For example, see below.

So white belts may wear up to 3 orange stripes on your white belt, orange belts up to 3 red stripes and so on. This means you can see what progress you are making in preparation for your next formal grading. Interim gradings can take place informally, at any time, in any class. You can buy a new belt, or you can just add tape or a ribbon to the end of your current belt.

Of course, it’s still up to you to pass your formal grading so even if you passed interim kihon, you’ll still have to pass kihon at your formal grading. At that point, we’ll sign your grading book and you’ll be formally awarded your next belt.

This site uses Akismet to reduce spam. Learn how your comment data is processed.

We're back in the dojo / park and we're introducing informal interim gradings for those under 16. Each time you pass kihon, kata or kumite you'll be awarded a certificate and a stripe for your existing belt. When you're ready you can go for your full grading 👊🥋😊
The Senshi Karate mugs we sent have arrived and now their tea & coffee taste 💯 times better ☕😎👊🥋
It was great to see many of our students in person back training and the English weather held! Well done everyone 👊🥋😊
Are you excited to be training outdoors on Saturday? So are we! In fact someone has just asked us to send them 2 branded mugs in anticipation. This is the last one left. Who wants it?
Loading Comments...
Comment
×
%d bloggers like this: